Team Position: Team Leader
Scheduled Travels Include: Romania Team
Home State: Illinois
Family Facts: Recently married to Tim Bryson! Travel runs in my blood, all of my family as well as my grandparents have traveled overseas.
Favorite Country: Can’t pick! Romania, Uganda, the UK, and anywhere that is wild and rugged like Scotland or Iceland.
Strangest food I’ve ever eaten: Intestines and cow feet.

Oh, but grasshoppers are actually really tasty!
I never travel without… super glue, rubber bands, extra zip-locks and tape.
Me in 12 Words or Less: Everyday girl who loves helping, dreaming, creating and globetrotting. Let it begin!!!

Six years ago (despite my love of travel) I thought mission trips were rather lame. Ha! Little did I know the great joy that comes with reaching out with God’s love and touching other people’s lives. By day (and night), I am a caregiver. The flexibility of my job is a huge blessing since it allows me to work both on the GE staff as well as travel. When I am not doing the above I also enjoy creating things with my hands, especially through sewing and gardening. Out of five siblings, I am the easygoing, cat-loving dreamer who believes one can never have too many flowers.

Not only did Jesus give us the great commission, commanding us to go out and spread the gospel, but the Word tells us to walk as He walked. “The one who says he abides in Him ought himself to walk in the same manner as He walked.” (1 John 2:6) So, how did He walk? “Have this attitude in yourselves which was also in Christ Jesus, who, although He existed in the form of God, did not regard equality with God a thing to be grasped, but emptied Himself, taking the form of a bond-servant, and being made in the likeness of men. Being found in appearance as a man, He humbled Himself by becoming obedient to the point of death, even death on a cross.” (Philippians 2:5-8) Talk about the ultimate missions trip! He left His home, plus all the glory of being God and came to those who were vile and hated Him. And if saving us wasn’t enough, Scripture gives us this incredible truth: “For we are His workmanship, created in Christ Jesus for good works, which God prepared beforehand so that we would walk in them.” (Ephesians 2:10)

P.S. Two other things about missions. First, nothing is more exciting than sharing the hope of heaven with those who have no hope. And second, there are few experiences as humbling and faith-growing as seeing first-hand how big God is and watching as He works in ways we could never imagine!!! 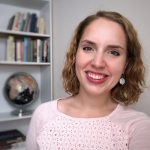 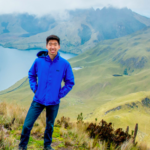