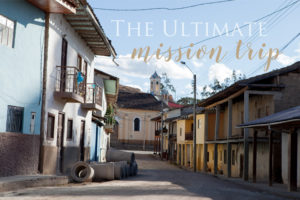 It was a little longer than the average short term mission trip today – a couple years instead of a couple weeks or months. However, with so much time on the road, traveling between cities, often just a few days in any one place, it would have felt somewhat similar. New faces, new locations, sometimes strange customs to encounter every day by this small group of traveling… what would you call them? Preachers? Adventurers? Missionaries?

Their ministry techniques might have been viewed as a bit unconventional today. Not only did they preach to thousands, but miracles were often included. There were rumors about food stretching to feed more than was humanly possible and even whispers about a couple people walking on water.

Have you figured out the identity of this group of traveling “missionaries” yet? Here’s one last hint: it all started in a manger with an angel announcement, a really bright star, and a few shepherds as spectators. People think of short-term missions as a new concept. They’re not. It’s actually been around for a couple of millennia. God sent his Son to earth for a relatively short time – about 30 years – of which only a few years were spent in active ministry. Those years involved traveling almost constantly.

After our salvation was accomplished, incredibly dedicated, adventurous, fearless followers of Christ, like Philip, Paul, Barnabas, and others continued the tradition and extended it far beyond the borders of the Middle East.

As you celebrate that beginning in a manger, and think about your own plans for the new year, what does it look like for you to follow the Savior? If you approach this next year with the fearlessness and adventurous spirit that Jesus inspired in Paul and others, where will that take you? 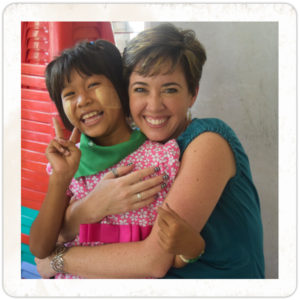 Elizabeth Fox is the director and driving force behind the work that happens at Global Encounters. Her passion for sharing Jesus with the nations, paired with her love for adventure has taken her across the globe. Anyone who has travelled with her knows that she faces the challenges of kids ministry and international travel with grace and poise – unless bugs are involved, then she can be found running in the opposite direction. 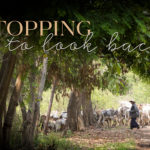 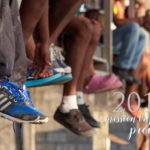 How Beautiful the Feet…GE News
% %