You’ve heard the testimonies of team members and leaders, but do you ever wonder what it is like to approach a missions trip with Global Encounters from the other side? Have you ever imagined being a translator for a team of foreigners you have never met? Here is a glance into that side of the story from one of our translators in South Asia who had the opportunity to be trained in children’s ministry for a week before going out with our team and seeing children’s ministry in action. Watch how God worked to change her attitude, perspective, and heart for ministry through the four weeks we spent together this spring.

It was on March 18th that I finished high school. I was away from home for a year. The matriculation exam that all high school students have to answer is very important for our life here. It is also stressful. By the grace of God, I successfully passed the exam. I was so tired that I just wanted to rest. That afternoon, my aunt, called me. She told me that there would be a training for a week and foreigners would come. She also said that we would have to go on a mission trip around the country. At first, I didn’t want to go since I would have to deal with foreigners. And I really wanted to rest. But she told me that it is a must to go. 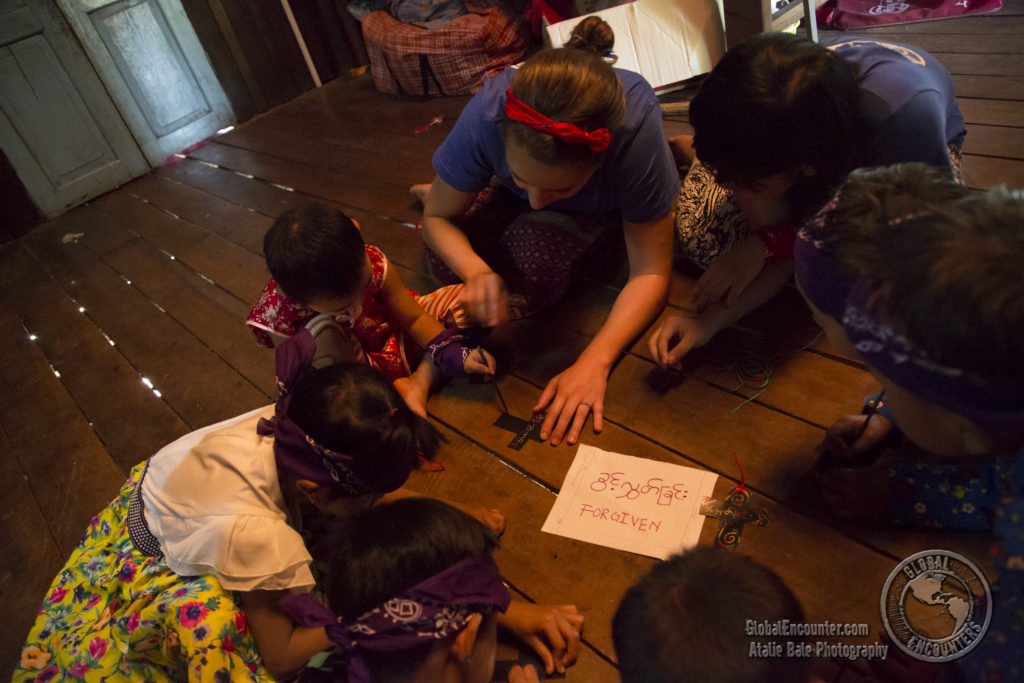 I never thought that I would become part of a mission trip. Whenever I prayed, I asked God what he wanted me to be: an engineer, or a doctor or something else. But I also told him that I didn’t want to become a missionary. So, I went to the training just because my aunt told me to go.

During the training, Tim, Liz and Lulu taught how to make crafts, how to play games, and skits. On the first day, they needed a translator. Then they asked me to help. I was really nervous. So, I quickly prayed to God to give me 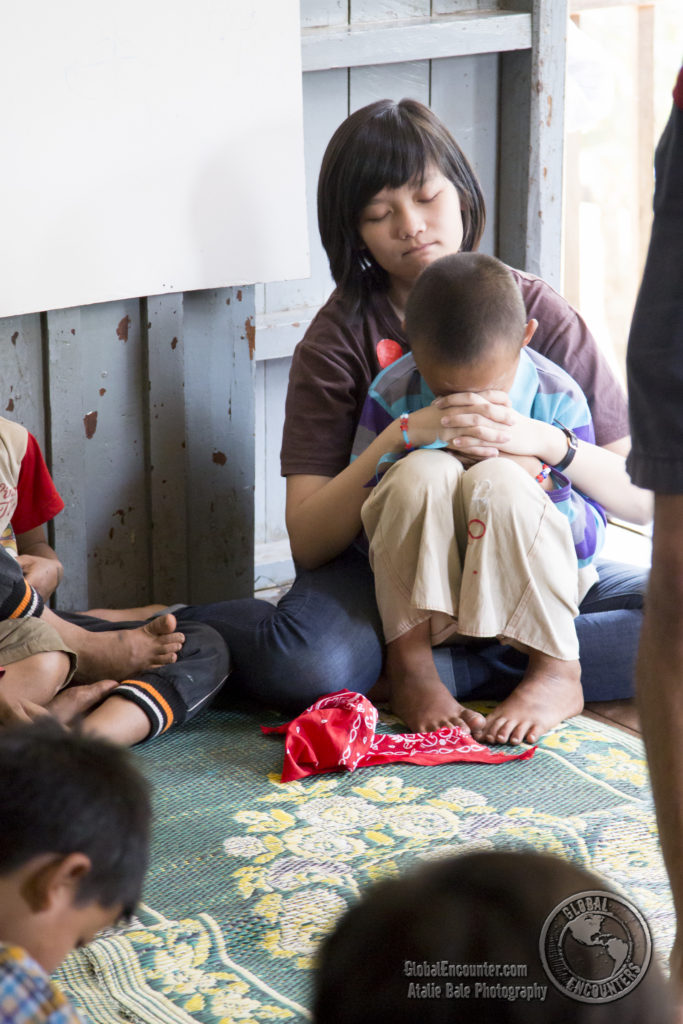 wisdom and the right words to say. During translating, I found out that everything was going perfectly. So, I was really happy and I thanked God. That night I shared with the others about it. It is the first thing God taught me, that if I trust in him and if I call him, he will be there for me. The training went perfectly.

Then another thing popped up. Since some regions are not safe, my father didn’t want me to go there. Neither did I. But I believed that everything is in God’s hand and he has plans for us. After three days, I got permission from my father and I knew that it was another miracle God did.

Children: I am not close with that word. As I am the youngest in my family, I’ve never had to deal with children. So, I was afraid of what would happen on the trip. I just put everything in God’s hand. But the children were so clever the first week. I even called them little angels. 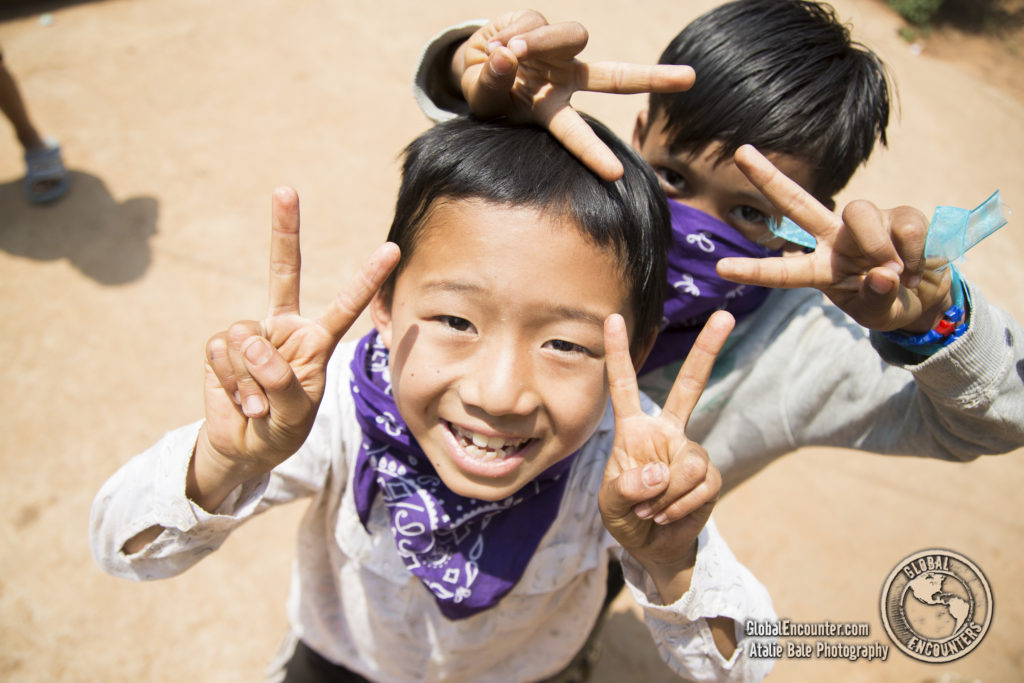 The next week was totally different. The kids were really hard to handle. It was really tiring. But what I learned was things are very hard for me to do on my own. But when I put it in God’s hand, it becomes super easy. One day, I started teaching the lesson without praying. So, translating is even harder for me than controlling the children. That night when I prayed, I suddenly remembered that I passed a day without God and that’s why it was a hard day. So, I realized that it is a must to put our day’s burdens in God’s hand.

After the trip [with Global Encounters], we (the South Asian translators) planned to do a one-day camp at an orphanage. We prayed a lot for that camp. We met and discussed what to do. We divided the tasks. Everyone in the team was very active. They did their best in their own way. It was different from the last trip because during that trip, all I had to do was translating, but now I had to tell the story, manage the crafts, control the children, do the skits and so on. It would be hard if I went through alone. But with God I could do my best and everything was perfect. And that’s the day that makes sure I am happy to be a part of God’s ministry. We could lead the best because of the training with Global Encounters.

As I’ve said, I really didn’t want to become a missionary because 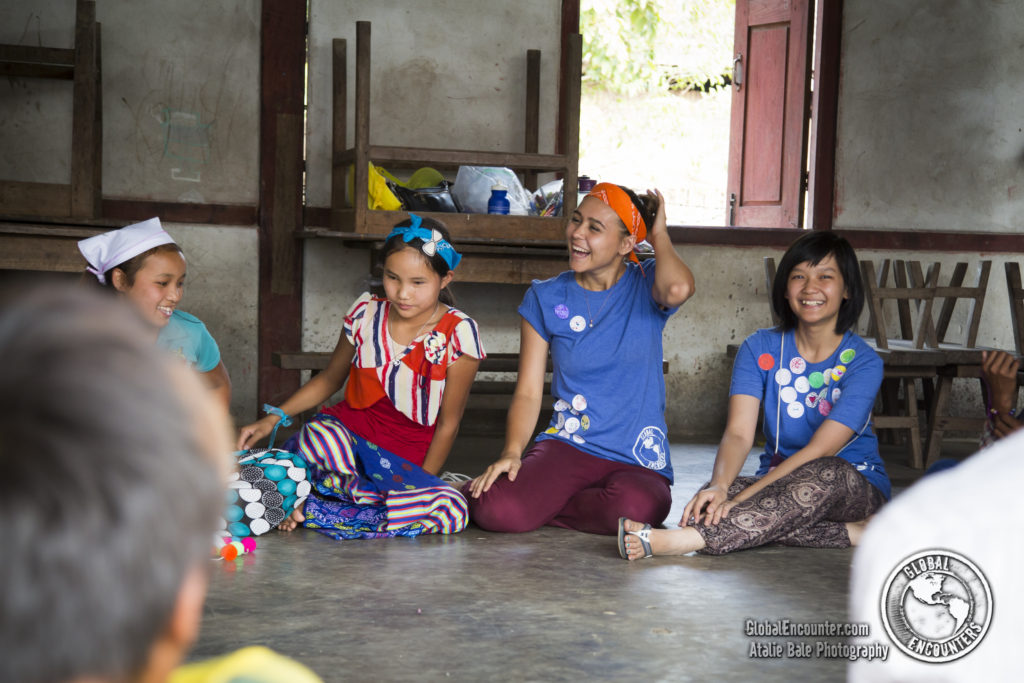 I was afraid of the difficulties that I’d have to face. I was afraid what if others think I’m strange. But after the trip with Global Encounters, everything is completely changed. I finally know that I can do anything with God. I know that if I call, he’ll be there for me. I am still not ready but with him I am ready. So, if his will for me is to become a part of his ministry, I would be willing to answer his call. I hope that GE team will come to South Asia again so that I can learn new crafts, new games, and new stories. With those new things, I can share how great and how holy is our God. So, I am praying for them to come back again. And don’t tell me that God doesn’t answer prayer.

Names and places have been omitted in an attempt to protect our friends who are working for the Kingdom of God in places where it is sometimes opposed. 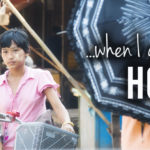 Why go to another country when I could serve at home?GE News 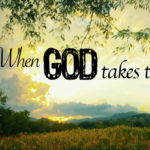