We left Jutiapa and ended our missions work at 4:30 Tuesday morning. Or so I thought. After a sleepy drive to Guatemala City, a quick breakfast and visit to the Artisans Market, sad goodbyes were said to the Summerville family and Brittini. We checked in at the airport, went through customs and security and made our way to our gate. Most the team was quite happy to see Sarita, an ice cream place, next to our gate. It was a little reminder of how much God loved us.

On the plane most of the team was sitting together. I was seated by myself a few rows back. At first I was disappointed by this but God reminded me that He is in control and had a reason for me sitting there. As I arrived at my seat, the gal sitting next to me realized she had left her laptop at security and raced to get it. She was a college age young lady. I thought to myself, “well maybe God has you sitting her so you can share the Gospel with her.” So I determined to do just that. A middle aged gentleman sat down in our row and I chatted with him a bit until the other gal came back. As she neared the seat I saw that her t-shirt said something about missions on the front and had a verse about the great commission on the back. “Well, there goes sharing the gospel to her,” I thought.

She spoke with the other gentleman for a little bit and then noticed my GE bracelet and asked about the missions work that I had been doing. We shared stories about the missions we had been doing in Guatemala. I learned that her name was S.J. and she was on her way home from a medical missions trip. The other gentleman heard us and started asking us questions about the earth and different theories regarding it. We spoke some about that until the plane took off and the noise made talk impractical. I fell asleep for a bit but God woke me up as they continued discussing his previous questions and got into discussions about God and whether He was the only way to get to heaven. For the next hour or so we talked with him about different questions he had. We did not have all the answers but kept pointing him back to the Bible and quoting Scripture. During the course of our conversation the whole gospel was shared with him, despite the fact that he tried to turn the conversation away from it many times. S.J. was very persistent about sharing the Gospel and we always brought the conversation back to God. He was not completely confident in his views but not willing to accept Jesus as being the only way to God. We can only pray that the words we said will someday bear fruit in his life and the lives of others who were listening to our conversation.

When he finished our conversation, S.J. and I talked about our summers and what God was doing in our lives. It was so encouraging to meet another young lady on fire for God and hear how God was working through her and know that He is using people all over the world to accomplish His purposes.

A very cute little girl was sitting in the seat in front of me. Toward the end of the flight she dropped a doll under the seat. I picked it up and set it on her seat, thinking she was asleep. A few minutes later she turned around and stuck her face in the crack between the seat and the window and thanked me for picking up her doll. Then she asked my name and I inquired after her name and she wanted to know who was sitting next to me. We spoke for a few minutes about where I was going and where she was going. She turned back around then but later as we landed turned around all excited to tell me that we could see the whole city out the window. She was so friendly, I greatly enjoyed our little conversation and being able to show her some love by giving her some of my attention. John, one of the GE team leaders, also showed her love by playing around with her some when the flight ended and helping her mother and her with their luggage.

As I boarded my last flight home I ran back into that little girl and her mother. She saw me and said, “Oh, hi! Are you going to Chicago too?” I replied that I was and she asked, “Can we sit together?”  That reminded me what an impact a few little words and a bit of attention can have on someone.

When we left Jutiapa, one would have thought that our missions trip had ended but God reminded me through the occurrences on the way home that our missions trip never ends. From the time we accept Christ as the Lord of our lives until we stand before the judgement seat of Christ our live is one big missions trip for God and it should be one big proclamation about what Christ has done and who He is. Our trip to Guatemala is over but my mission trip is not. God taught me so much during the two weeks I was in Guatemala and the last lesson He taught me is that we are always on a missions trip and our missions field is whoever is close to us.

Thank you for all the prayers the past two weeks, 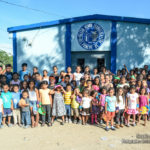 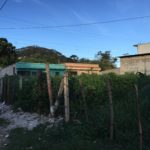