How does one dark eyed, sweet faced, chubby fingered little 7-year old boy so completely steal your heart? I don’t know. But I do know that it was love at first sight.

One day, during the morning large group, I looked back to see this little boy with Down Syndrome standing at the doorway to the church, watching the happenings of the children’s program. I invited him to come sit with me, and he waddled over and crawled into my lap. After large group, he continued to sit with me and we took a few pictures together and he sat on my lap scrolling through the pictures on my phone and saying “foto, foto”. He took great delight in pointing out the pictures of me to me, and tried so hard to take a selfie, though his chubby little fingers barely fit around my phone. When it came time for him to leave, he clung to me and wouldn’t let go. I spun him around in circles, keeping him laughing in delight, held him tight one last time, and invited him and his sister back for the afternoon program…never expecting to see him again.

The rest is history.

That afternoon, he did come back. And every day thereafter. And every time, he stole a little more of my heart.

We would repeat the same pattern over and over. I would stand outside the church welcoming the kids, who would come walking in groups down the street, through the field, from their houses and from all over for the program. He would round the corner, see me, break into a grin, and run to me. I wish I had a picture or could describe the way his eyes would light up when he saw me. He pretty soon learned that I had a camera much bigger and better than my phone, and he would always say “foto, foto” and climb into my lap once again. This kid actually has a good eye! But the camera was a little heavy for him to lift on his own, or if he did lift it, he couldn’t hold it and press the shutter button. So we would prop it on my leg, or his leg, or the ground…and he would fire away! He could have sat there for hours if I had let him, just taking pictures.

By Thursday night, I didn’t how I was going to say goodbye to this kid. Friday morning, he didn’t come. Friday afternoon…no sight of him. I was praying about it, and as sad as I was to not see him, I thought perhaps it was for the best that he didn’t come…because then there would be no goodbye. As the afternoon wore on, my heart got a little sadder as he still had not appeared. The van was loaded, we were saying our final goodbyes, and suddenly out of nowhere…there he was. He ran to me, we took pictures together, and then he walked into the church building and got out two chairs and set them side by side. He climbed into one of them and held out his hand for my phone….to once again follow our routine and look at pictures together. We did for a few minutes, and then it was time to go. I walked outside with him and spun him around and around one last time. He walked away with his sister and sat by the side of the road as our team loaded into the van. He started playing peek a boo with me from his perch (which I taught him), and I responded. Then he blew me kisses, and I returned them, until finally I climbed into the van and watched him until we were down the road and out of sight. 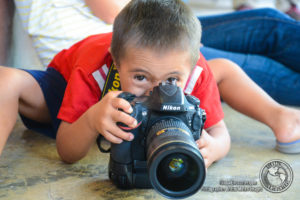 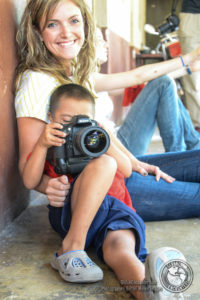 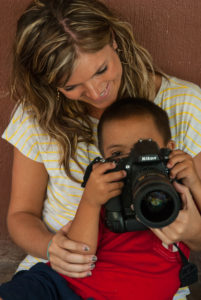 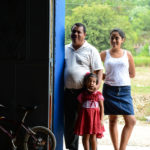 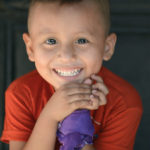