Hey ya’ll! Thought you might want to hear about our weekend! Saturday morning we left at o’dark thirty to go to a rio(Spanish for river). Once we got there it was quite an adventure! Before I go on let me tell you that I am usually a very strict person when it comes to being on schedule for things. In Spanish speaking countries they are very much laid back and chill, it takes some getting used to! Anyways, I go barreling down the path to get to our boat while the others are just walking and chit chatting with each other. As the first one to the boat I got my pick of the seats which I didn’t really care…’til later. As we started down the river I told everyone that we HAD to see a monkey or else. It was the very first thing we saw!!! And we saw at least 5 of them!! Being fully contented I said we could go, to which everyone laughed. I didn’t see what the big deal was. I mean what other cool things could there be to see besides Curious George? Right?

We saw a ton of wildlife: toucans, crocodiles… and bats. Yes bats, there is a story behind this. So, there happened to be a huge fallen tree in the middle of the river. Our guide said, in Spanish, to look at it. We did and saw at least 7 bats on the log. Well… lets just say I’ve seen Batman and I don’t like bats. As if our guide hears my thoughts he starts steering the boat towards them…on my side. Meaning I’m the closest to the bats. I start freaking out and saying how they’re going to fly out in our faces. Knowing this was going to happen sooner or later, and not wanting them to land on me, I leaned over and put my face in Kim’s lap and covered my hair. We were about 6 feet from them when, not 10 seconds later, they flew away and literally in everyone’s face. Everyone was laughing at me for being so freaked out about it, but hey! They didn’t get me so I saw it as a win!

We went further down the river seeing other wildlife and got to this little island where our guide said we could swim. I didn’t believe him. I mean we had just been seeing crocodiles so there was bound to be some where we we’re at. But I believed our guide when he said that there weren’t any and that they don’t bother humans. So we splashed and played around for 20 minutes, talking, swimming, and skipping rocks, before we got back in the boat and continued our journey. Not 50 meters up the river there was the biggest crocodile we’d seen yet!! We were all like “Are you kidding me??!! We could’ve been eaten!” Kinda funny… now. 😛 Our guide was truly the greatest though. He loved us and when we asked him if we could go up a small waterfall one more time he did it! Fun, fun times.

Another funny story, they always seem to involve me somehow. On our way back, Max spotted another crocodile but this one had it’s mouth wide open. Well of course our guide started getting closer for us to take pictures. The seating was Ron, Max, and myself on the left side and Andy, John, and Kim on the right. Well of course it’s the left side that is closest to the crocodile. We’re all taking pictures and wondering if it’s dead because it’s completely still. But I saw it breathing so I knew it wasn’t. It was sitting on a log and the only way for it to get off was to either go backwards…or straight for us…6 feet away. I saw this and started to get nervous. Max then said what I was thinking. “If the croc moves it’s gonna have to come straight for us.” Not even a millisecond after he said this the croc lunged into the water towards us! All of us on the left side yelled and jumped back to the right side causing them all to yell too! Our guide was laughing pretty hard which was funny afterwards! Everyone kept saying that they should’ve put a camera on me the entire trip ’cause I had the best reactions to things. Whatever. 😉

We got back in one piece then took the journey back to see a waterfall. If you all know what the incline is in Manitou Springs, CO then just envision that but way smaller. The steps were the same though. It was about half a mile and the view was pretty cool! I loved the bridge at the end where we took yet another team selfie. We really like those in case you all hadn’t noticed. 😛 We made it back to the house where we all got nice warm showers and clean beds. It was… an ahh-mazing feeling to be sure.

God taught me a ton about gratefulness on our little venture. About being content too. There are so, SO many things that we take for granted. Think about it; Would you give up your nice fluffy bed to sleep on wooden boards? Would you give up your luxurious bathroom for an outhouse? For the sake of Christ?? You may be saying “well of course, naturally” but it really caused me to think. We were only there for barely 2 days. Would we be willing to put up with it for whoever knows how long? For Christ?

Please continue to pray for us. We’re in our last week of school before we go into the “jungle” on our own with the Spanish that we have. Pray for strength and rest. For health. For endurance and wisdom, and finally, for God’s love to shine through us. 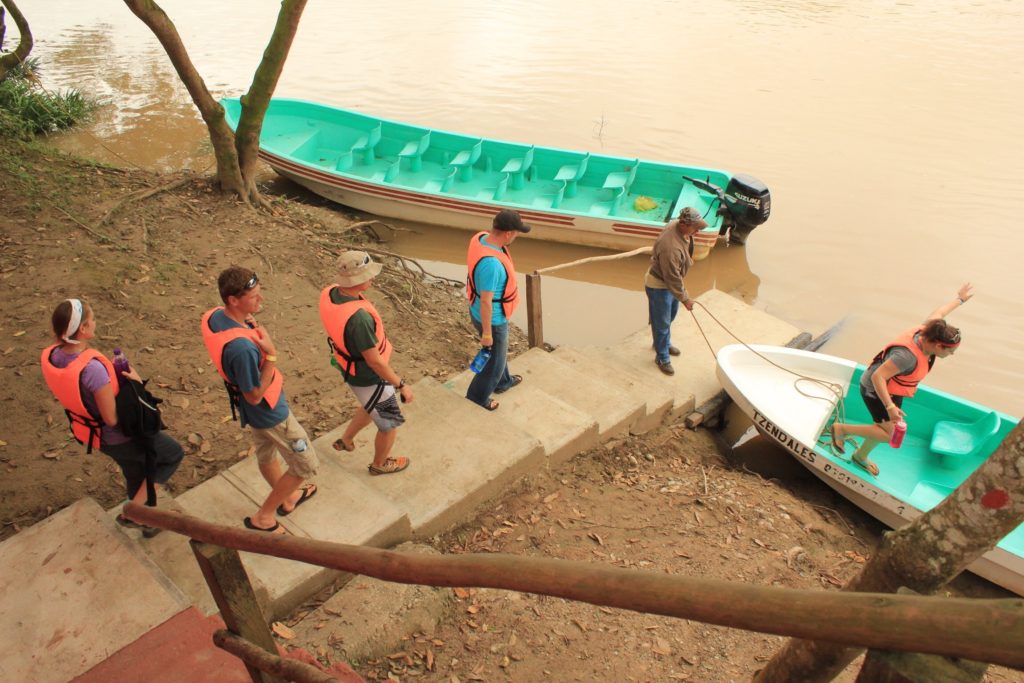 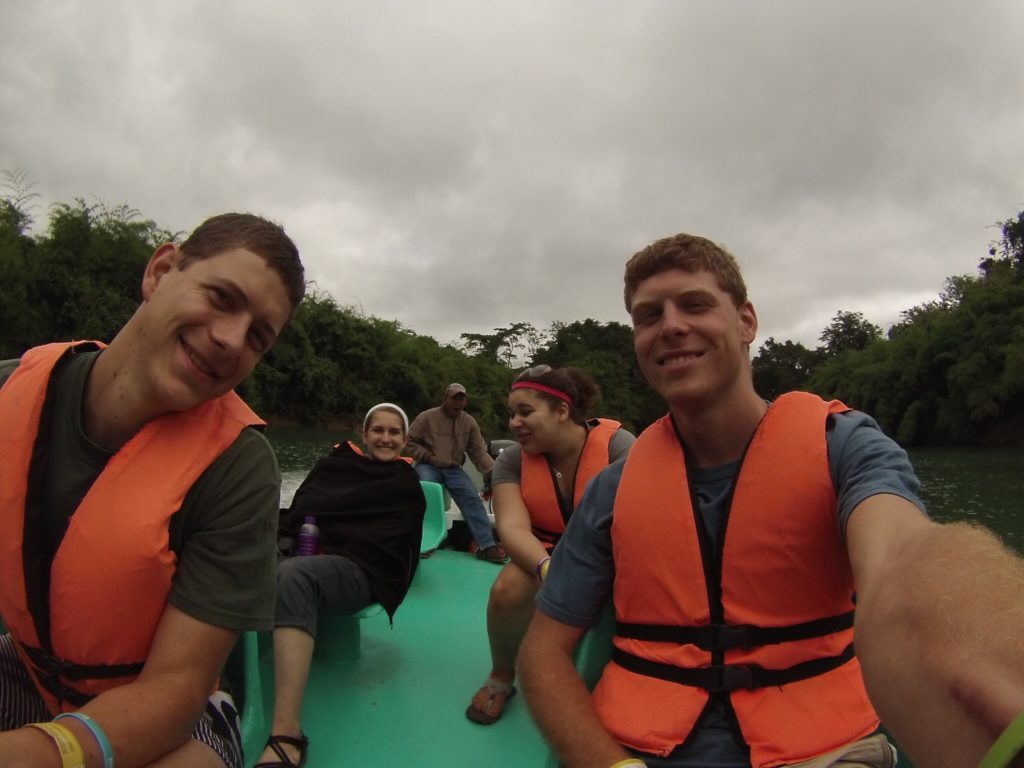 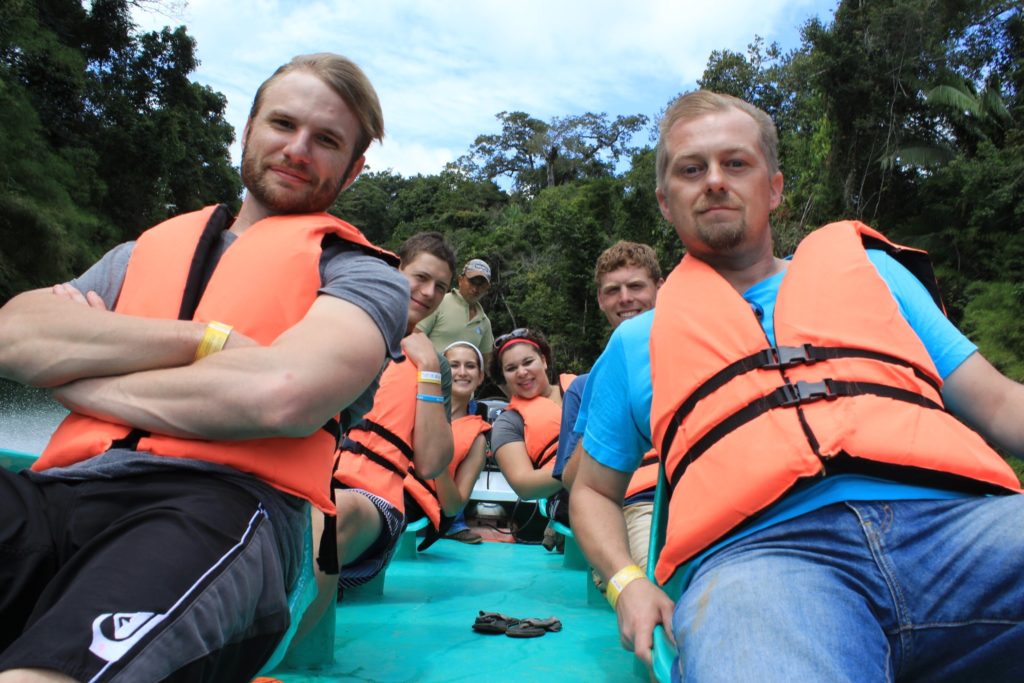 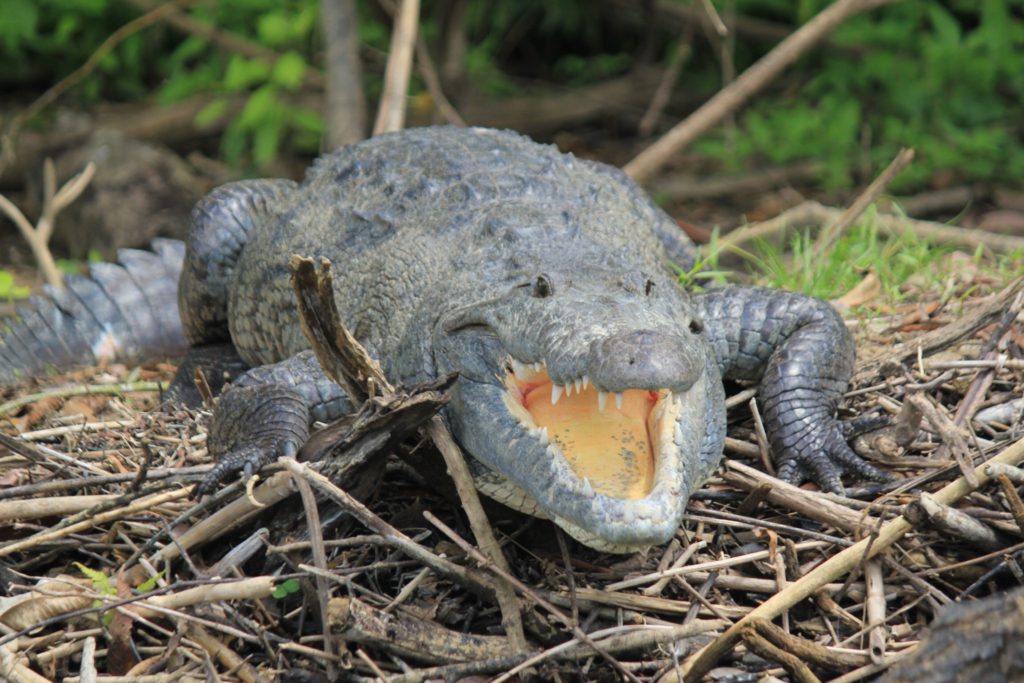 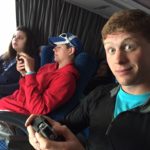 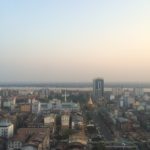