2013 was a fantastic year for Global Encounters! Sixty young missionaries served with GE and over 2,000 children and teens were reached with the Gospel. We saw kids receive salvation, Christians discipled and equipped for further ministry, team members grow spiritually and make important life decisions, and GE team leaders and interns trained in effective ministry skills. We also celebrated six years of sending out mission teams. 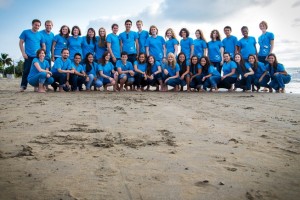 God has greatly blessed – expanding the countries, number of teams, and types of ministry that take place each year. A lot of growth has happened since our first team went to Peru in 2007!

So far, Global Encounters mission teams have been supported by a mostly volunteer staff. This allows GE to keep costs low for mission team members as over 90% of the incoming funds go directly into team expenses, logistics, and ministry supplies. Because there is an awesome group of people sacrificially giving of their time, we have been able to make this all-volunteer staff arrangement work. It’s always been a challenge, but this past year the ministry was stretched to the max as the staff supported the growing number of teams and kept up with their daytime jobs. 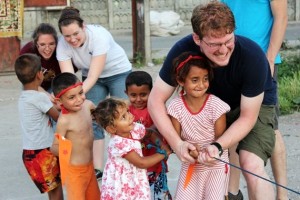 Most of our teams in 2013 were not only full, but had waiting lists. Because of a lack of staff time to support more teams we were forced to turn away some fantastic potential team members and decline new invitations from mission team hosts. Having reached this point of growth, and seeing the need for more ministry, not less, the board has developed a plan to expand the reach of Global Encounters. By 2019 we plan to have a yearly impact of sending out 200 team members, training 30 team leaders, and reaching approximately 8,000 children. In incremental terms, this means adding three new mission teams each year for the next five years.

The greatest obstacle between GE’s current level of operation and where we plan to be in five years is the lack of staff who are able to commit solely to this ministry. For those of you who have been on mission trips, you know a well-planned mission team doesn’t happen by accident. There are hundreds of staff hours that go into creating each trip. 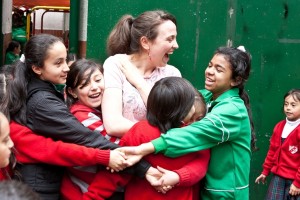 To accomplish these projects for an expanded number of mission teams, we need to raise $35,000 in yearly support for the next five years. This will allow GE to pay for the staff time necessary to support the additional ministry. With that support for five years, Global Encounters should reach a new self-sustaining level of income with at least one full-time staff member and several part-time staff and interns.

We invite you to travel with us on this five year journey by making an investment in missions through supporting Global Encounters. The rewards are very different from the usual financial returns one would expect with an investment. Instead, the rewards are seeing more children reached with the gospel, Christians equipped for ministry, young missionaries discipled, and ministry leaders trained for service.

Here’s how you can help:

Global Encounters is a 501(c)3 non-profit and all donations are tax-deductible. You can give by check or online at our website. With the online option you can set up automatically recurring monthly or yearly donations.

Thank you for your heart for missions! We hope to work together with you toward the goal of seeing more people impacted and discipled in the gospel! 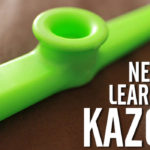 You Need to Learn the Kazoo. Here’s Why…GE News 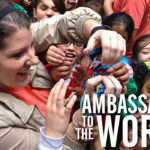 Ambassadors to the WorldGE News
% %