It started out this morning with hours of no movement on the team’s GPS, followed by them turning up a mile away headed in the wrong direction and not responding to messages. OK, so that had some of us a bit worried, I’ll confess. Early in the afternoon we got this from Nathan:

We are fine. Batteries died on transmitter. Taking a truck out to the highway. Too many issues to continue hiking. We are working on a plan.

At least we knew they were all alive and OK! This followed from Amy a while later:

Good times, all stiff & sore. Bailing on last couple days in the jungle because of physical issues. Now traveling to Comitan. In good spirits. Good ministry in last village. -A

Later in the afternoon we got more of the story from Nathan (he’s a paramedic, in case you can’t tell that from his post):

I was up till 10:30 seeing patients. All rather surprisingly grave illnesses. The village became very responsive. We hired horses this morning to get back to the dirt road. Got out to dirt road, found truck to highway. Passing through a village en route, found a man with two huge machete cuts on neck & torso. Stabilized him to the hospital.

Since then I’ve been texting with Chris. The physical issues aren’t too serious, but enough to prevent them from continuing the hike, though he also said they are having a blast. He said the first day out was one of the toughest hikes he’d even done, which for Chris is saying something (i.e. the rest of us would probably rate it as EXTREME!!). They are working on some plans, since they had to skip the last couple of days in the jungle.

Enjoy some pictures from the adventurous missionaries! By the way, I’ll go back and add some pictures to other days as they come in. 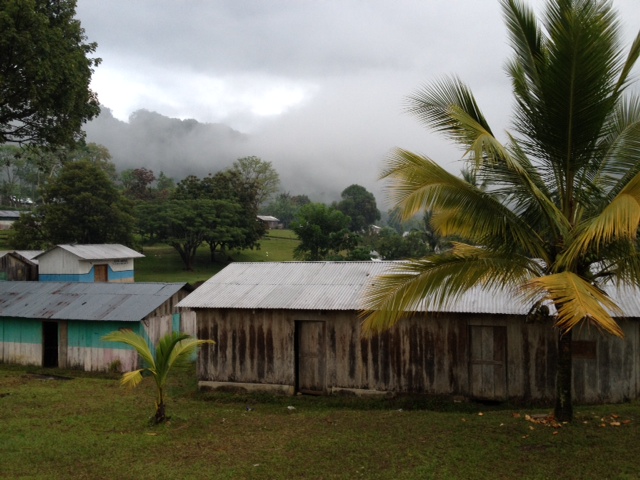 Initially skeptical here but eventually a very warm welcome and turkey soup – beyond delicious after a long sweaty hike. There were some acute medical cases here. They also want stoves and filters, which can be an open door to future ministry. 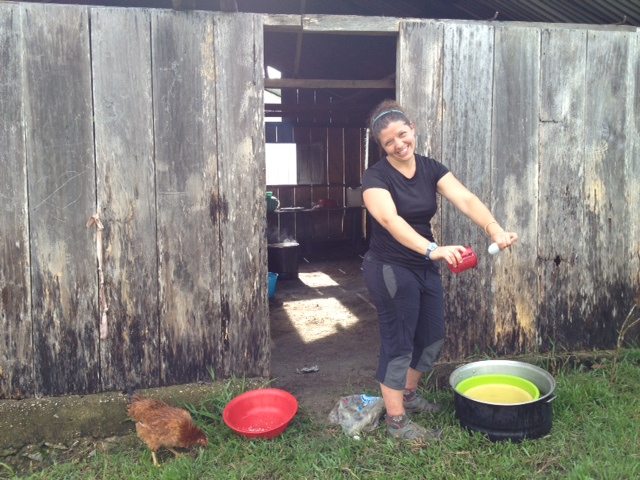 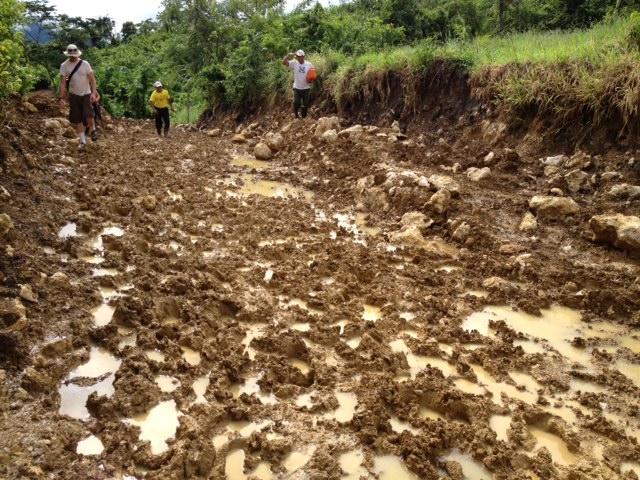 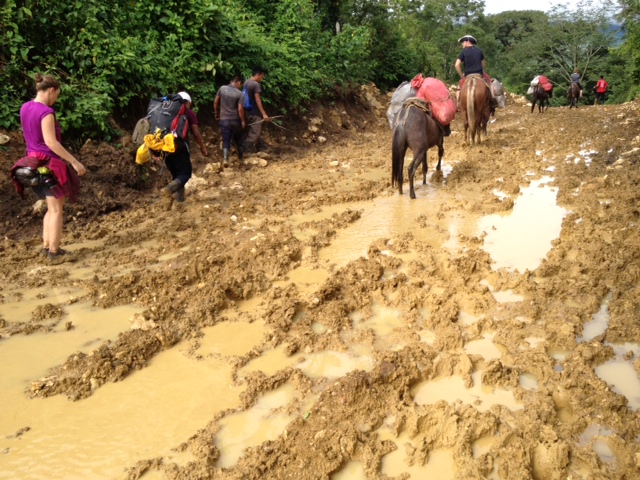 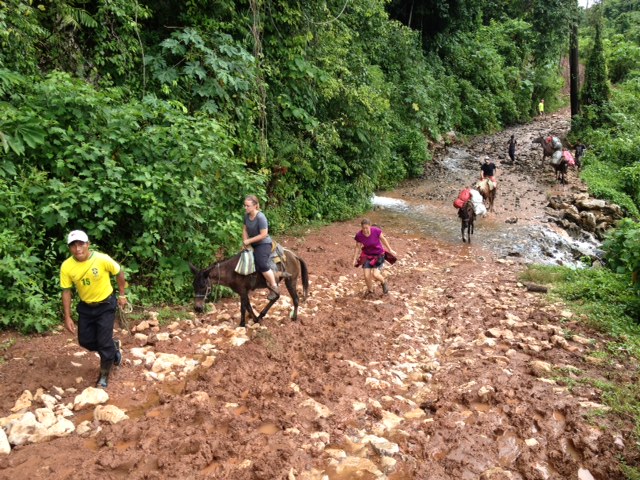 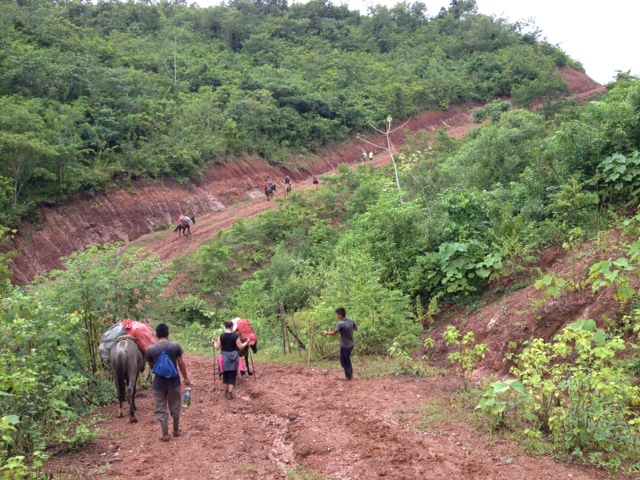 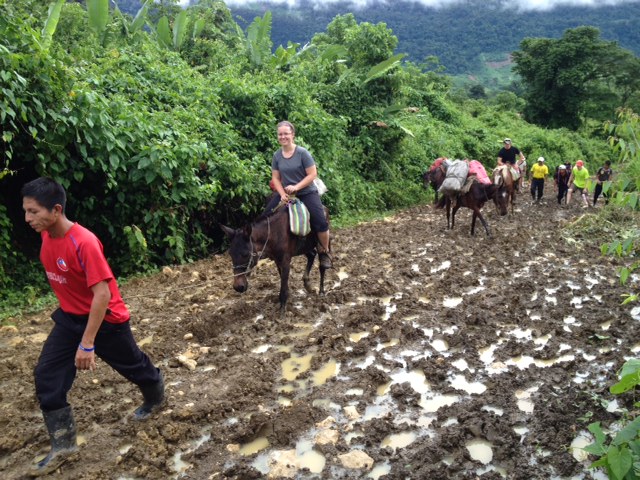 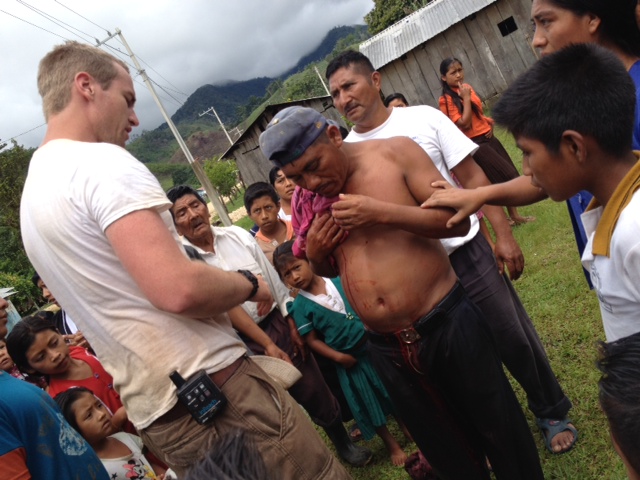 Machete cut to the neck! 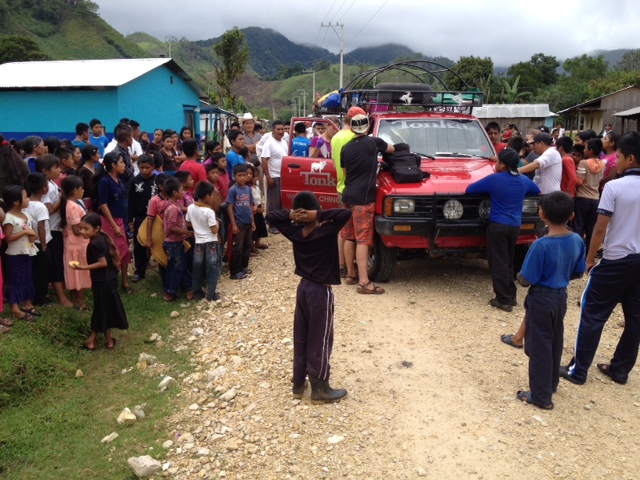 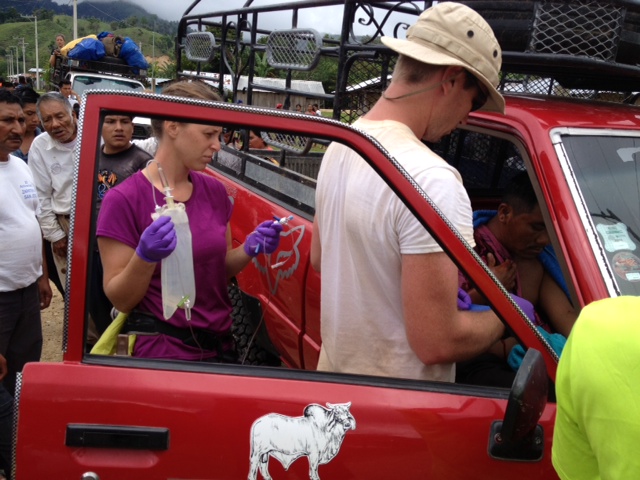 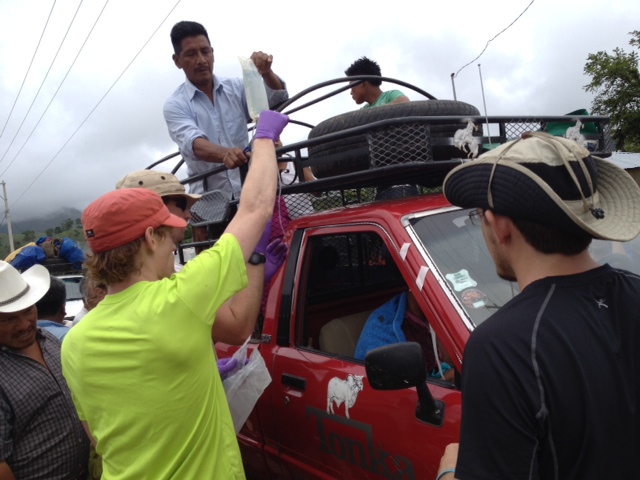 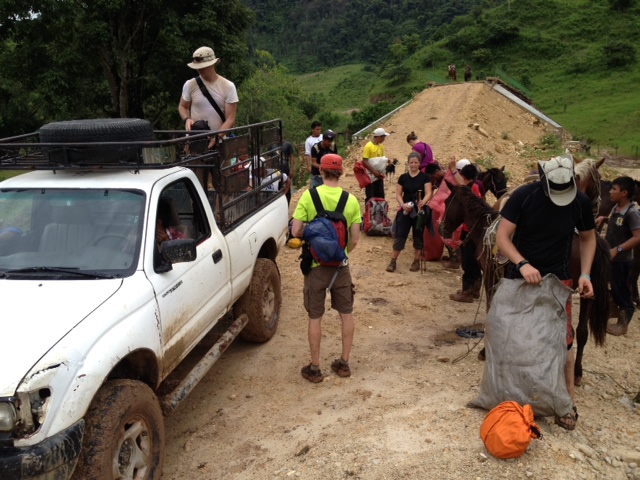 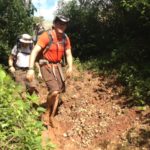 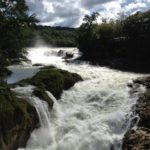