Our second day in Esmeraldas started out with a rather energetic morning as Bucky claimed his Victory over the old Man through Jesus. He battled against the old man with temptations to pull Susie hair, wreck Maggie’s snot bunny (don’t ask…) and to wreck Joey’s rocket. Though it was a struggle, Bucky overcame these lies by looking to what was right. The game teams illustrated this point by having the kids play tug-of-war, while the craft teams had their kids make belts of truth. Praise God, Carol got to pray with three kids who decided to put their faith in Jesus!

After eating the best lasagna in world we drove an hour out of Esmeraldas to a small village called Rocafuerte. As we drove, the scenery changed from tall buildings to small, rundown shacks. As we approached the church we were welcomed by a group of about thirty kids from the area. At first the kids were very timid and quiet but as we began to connect with them through the games, crafts, and lessons they definitely began to open up. We had a steady flow of kids throughout the program and by the end of the night we told the story of pilgrims progress to about 200 kids. Although it was super challenging, the team had to rely on God’s power to teach His message to the kids. After the program the pastor and women from the church graciously welcomed us into their simple dinning area where they served us a home cooked meal of “arroz relleno”. The team was really blessed and encouraged by the hospitality of this simple body of believers who showed genuine love despite their means. We would return there in a heartbeat if the Lord wills. 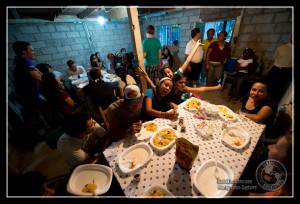 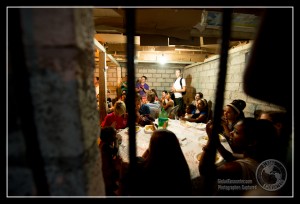 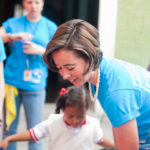 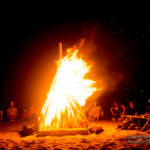