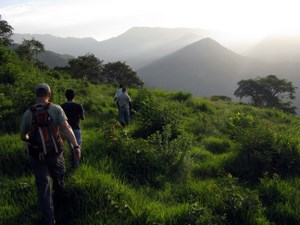 Wow. What a day! We started the day off bright and early — a few of the guys had gone off seeking adventure with a brisk run into unknown terrain, the rest of the guys and all of the girls got packed up and ate breakfast. We ended up getting everything ready to go and then sitting around for over an hour, waiting and worrying about the guys who weren’t showing up when they were supposed to! Thankfully, they all made it back safely, and we said a tearful goodbye to all of our wonderful hosts from the village we stayed in. It was so hard to leave, we’d had such a lovely time and made so many new friends! 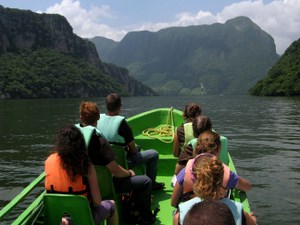 On the way home, after driving for a while, we stopped to take a boat ride down the reservoir in the massive Cañon del Sumidero. It was breathtaking!! It was an hour and a half of gorgeous mountains, waterfalls, and rock formations. I had to crane my neck to see the tops of the sheer cliffs on either side! There was so much to see and all I could think of was, “Wow, God!! You made all this!!” What a beautiful example of the Work of His Hands. It took all words from me, it was so amazing… I love to be amazed by His incredible creation. 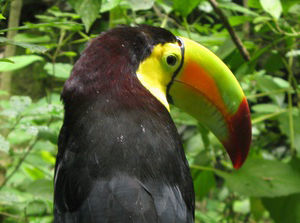 After regrouping, we grabbed some lunch at an awesome place in Tuxtla that Nathan knew of, and headed off to the zoo before going home. It was great to walk around and see the all the native Chiapas animals! My favorite was the black panther. It was nice enough to walk right up to the glass and pace for a while, then sharpen its rather scary, rather long claws on a log right in front of us. Among the other animals was the largest eagle in the world[editor’s note: the Harpy Eagle, described as “the largest and most powerful raptor found in North America”], the biggest, ugliest worms I’ve ever seen, some pretty cool monkeys, and some really cute turtles. While walking along the path, I almost got attacked by a big, colorful bird that thought my bright blue watch was his lunch! He followed me for a while before he finally gave up. I liked the zoo a lot. 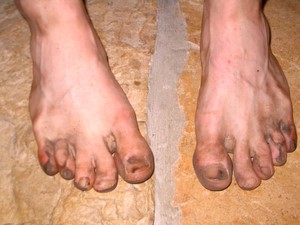 A little more time on the road and we were home! Wanna guess what the most popular activity was upon arriving?? GETTING A SHOWER!! Dinner tonight was amazing (thank you, Julie!) and the evening was enjoyable. Katie baked us some peanut butter cookies and we all played a few games. A good end to a good week. I’m excited to see what the next week holds in store!! Thank you, Lord, for taking good care of us while we were out in the jungle and for blessing our time so immensely! May we continue to serve with love and joy, knowing that our strength comes from You!

– Amy K, for the now-clean crew 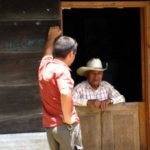 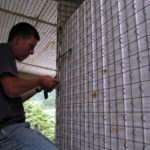