In this commission given to His disciples just prior to His ascension back to the Father, Jesus Christ spells out with absolute clarity the mission for every Christian desiring to serve the Master: to 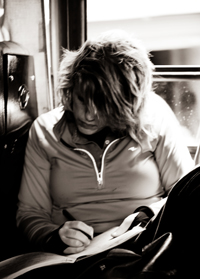 simply yield our lives up as a personal witness of the glory and power of Jesus Christ wherever He guides and directs us to serve.

Too often, modern mission ministry becomes clouded and even deluded with the idea that success is achieved on the mission field by an ability to effectively communicate the principles of the Gospel to a people void of its truth. While this is a worthy goal, it should not be the primary goal. By making this the primary objective, the focus becomes directed on personal abilities to share the Gospel, thereby relegating missional preparation to nothing more than checking off a list of individual strengths and weaknesses. A tremendous amount of human stress and energy is exerted in attempting to “get ready” to serve. And when the mission finally begins, it is entered with either a sense of satisfaction that all the bases are covered and preparation has been complete, or with a sense of extreme inadequacy and a feeling of impending uselessness during the mission.

When Jesus sent out His disciples, He did not exhort them to first go and study, learn all they could, and then take pride in their abilities to communicate the intricacies of the Gospel. Rather, He simply told them that they were to be witnesses of Himself. They had walked

personally with Him and had observed His love and compassion for those who were lost. And now, as empowered by His very Spirit, their lives were to be living proof that the salvation of God is real. They had once been lost; they had once been blind; they had once been under the darkness of sin and death, but now, thanks be to God, they had been caused to come alive to the fullness of life found only in His Son – Jesus Christ.

In every place, in every geographical location, in every circumstance that we are lead into by the will of God, our lives should be offered as personal evidence that the salvation of God has the power to redeem. Our lives have been transformed by 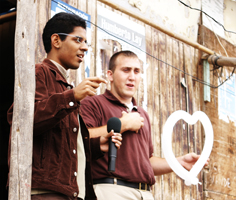 His grace and we have become instruments used by God to reveal the light of Christ to a world darkened by sin and despair. By giving personal witness of the power of Christ in our life, the Father receives much glory for we declare Him and His ability, exalting Him above our own selves.

Think of it this way: in being His witnesses, we literally become His living demonstrations of redemption. In being His witnesses, we become the living exhibitions of His grace and mercy as He reveals the glorious nature of His Son in our lives and then out of our lives. When we serve on the mission field, because we are His witnesses, people should see the beauty of Christ first and foremost. For, “He must increase, but I must decrease.” John 3:30

We should give witness of Jesus Christ and nothing else. This and only this should be our witness on the mission field. 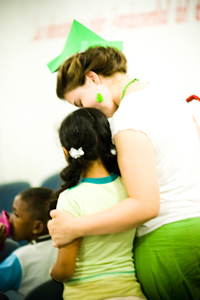 It is my prayer for each and every one that participates in missions, whether it is here at home or abroad in a foreign country, that we would truly be “His witnesses.” That each one would desire that the fullness of God’s salvation be visible in their life for all to observe. And that upon a careful examination of that life, all people, everywhere, would see the majesty of our God and the greatness of His power to redeem.

Shares
You Shall Be My Witnesses2009-07-172015-11-06https://files.globalencounter.com/wp-content/uploads/2017/02/gelogo-with-text-tagline-200.pngGlobal Encountershttps://files.globalencounter.com/wp-content/uploads/2009/07/studying.jpg200px200px
Recent Posts
Follow Us
©2007-2022 Global Encounters. All Rights Reserved | Design by 2 Creative Houstons
Global Encounters, Inc. is a 501(c)(3) non-profit charitable organization. All donations are tax-deductible.
Contact Us