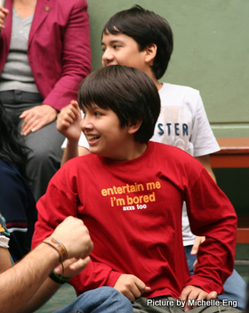 Hello! This is Vera reporting from Lima, Peru.

Today we had our last session with the high school kids. After playing another crazy round of human Foosball (this time with two balls in play at once), we were able to really interact with the kids talking about truthfulness. Each day we have been at the school the discussions have 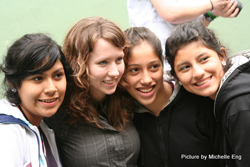 become more open, with more participation from the teens. It was amazing to see about 25 kids raise their hands to accept Christ as their Savior when Pastor Salazar gave an invitation after Steven shared the “muddy glove” illustration. 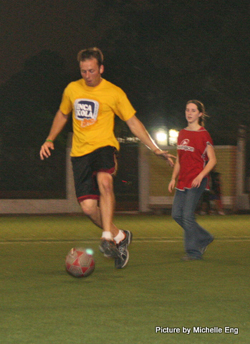 In the evening we played soccer for a couple of hours with some Peruvians. The game was organized by a friend of Pastor Salazar. I was basically the cheerleader for a lot of the game and so was Kat. After two hours of playing hard, we agreed that ice cream sounded good to cool us off.

Back at the hotel, we sang some patriotic songs in honor of the 4th of July. Prayer finished off the day and we all found our soft, flat surfaces (aka beds). This certainly has been a busy and exciting day.

Vera, for the team 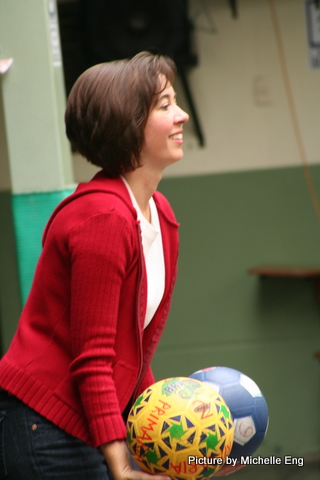 Two ball are better than one, right? Unless you’re the one trying to keep score. 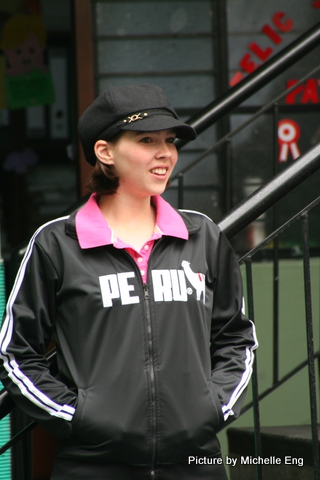 With no goal posts, Americans took turns filling in. Only one slight problem: Americans feel it when they get clobbered with a ball. Oh, well. One of the hazards of a South American mission trip… you’re likely to get hit with a soccer ball at some point. At least human goal posts do a great job of helping keep score when you have multiple balls flying around. 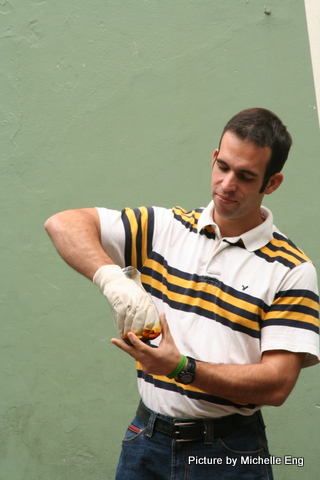 Steven telling the muddy glove story… a great lead-in to sharing the Gospel. 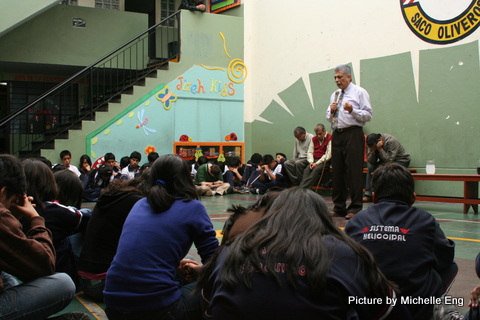 Pastor Salazar giving an invitation to the teens to receive salvation. About 25 of them responded. Imagine the difference this can make in a student body of about 75-100 high schoolers. Pray for these kids! 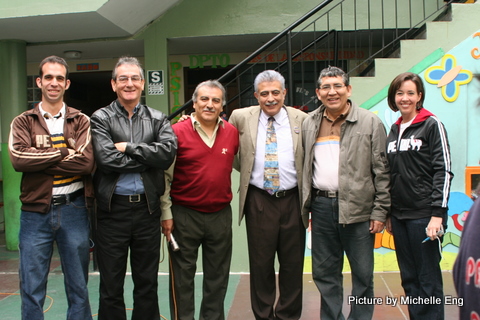 Steven and Elizabeth with some of the men who made this time of ministry at the school possible. The man in the red vest is the school principle. He is a Christian. Although the school is not a Christian school, he has a real heart to encourage the Christian young people who attend his school. The man next to Elizabeth is Pastor Jorge. His son attends the high school and he is the school prayer warrior. Both of these men have experienced a lot of spiritual attack over the last year as they have tried to help and pray for the kids in the school. Keep them in your prayers too. 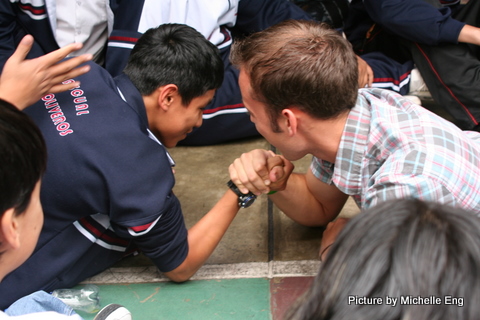 Gene entertained some of the boys with arm wrestling while we were waiting for something to happen. 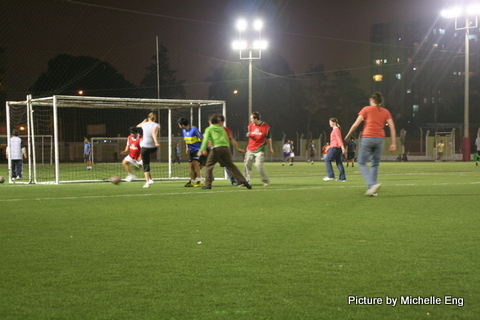 Adrian scoring a goal during our futball game that evening. She turned out to be an amazing futball player, especially considering she had never played before. Go, Adrian! 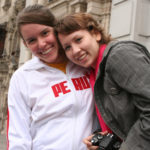 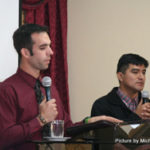