Friday the third of July.

The school we visited this week asked us to come back on Saturday instead of Friday. The hope was that more students and their parents would be able come on Saturday. There is a transportation strike going on here in Lima that is seriously hindering people from carrying out their normal travel to and from work and school. Apparently the bus drivers are upset about some new traffic laws the govt will start implementing next week.

The first order of business for the day – after breakfast, of course – was to go to the pharmacy to get more epi for Adrian. After that we went to one of the large Wong super markets. We needed to get water but we enjoyed looking at all the different foods. Some of us especially liked the bakery section. The fresh bread smelled so good! We bought some and ate it while we were waiting for the rest of the group that had gone to Starbucks. After that we made a stop at the hotel and headed downtown. 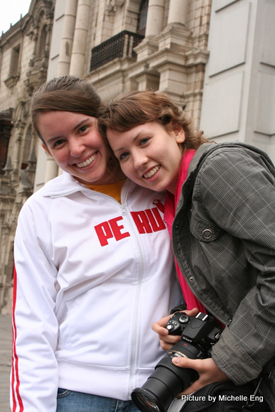 Once there we took pictures in front of the Peruvian president´s home. It is right in the middle of down town and seemed much larger than the White House. We then walked to a Franciscan Monastery which was completed in 1774 (according to Wikipedia =). We took a tour and saw some very interesting works of art. One of the paintings was of the Last Supper only instead of just bread and wine Jesus and the twelve were also eating traditional Peruvian foods. The highlight of the tour was the catacombs! Over 25,000 people were buried there before Lima had a cemetery out side the city. 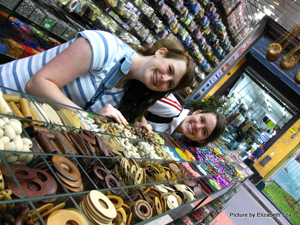 Once again, in the land of the living, it was time for a little shopping. We went to a place very similar to the Inca Market. But by that time everyone was hungry so we did not stay there too long. Kachito was around the corner so we had roasted chicken, salad and fries. Lots of fries. Time for dessert! Across the street and down a little we found a nice, traditional Peruvian pastry shop: Dunkin´ Donuts! We took more pictures and headed back to the hotel. We had a team Bible study and then off to bed – busy day tomorrow! 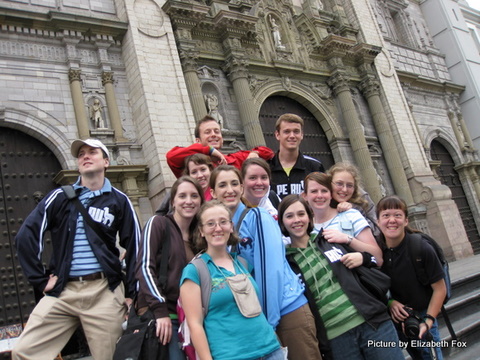 In front of the National Cathedral 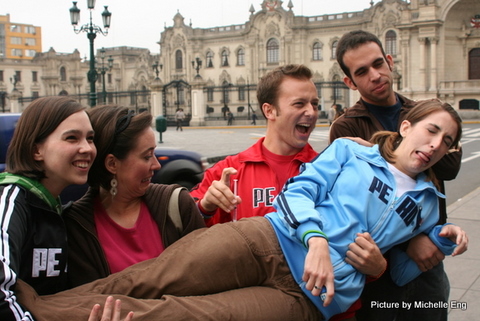 Adrian and the Medic Team
Steven: Don’t worry, Adrian. We’ll get you through this. I’ll just throw you over my shoulder and cart you off to the nearest hospital.
Gene: Cool! I get to stick someone with a needle again! Nurse, swab her arm with that alcohol wipe.
Elizabeth: Ouch! That’s a long needle! Now, what were the Spanish words for “allergic reaction” and “not breathing”?
Ruth: We love you, Adrian. Don’t worry. We’ll take care of you. Here are the alcohol swabs and the hand sanitizer and the epinephrine.
Adrian: Waaaaaaaaah! I want some meat! 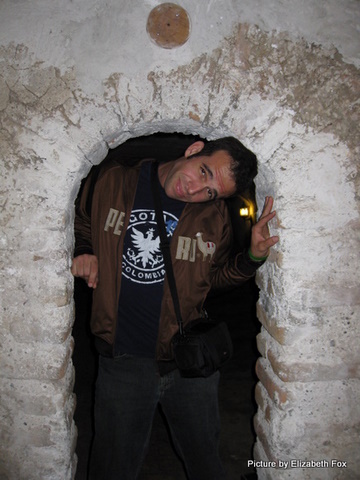 Inside the catacombs. These were definitely not built for tall Americans! 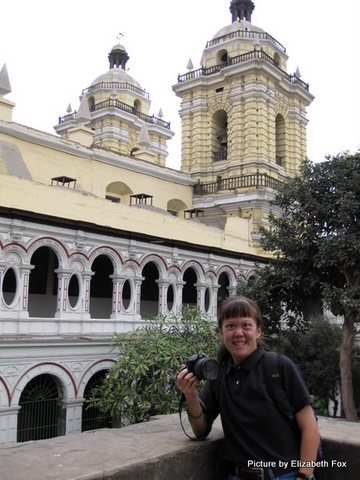 Someone finally caught Michele the Photographer in a picture! This is inside the Franciscan monastery. 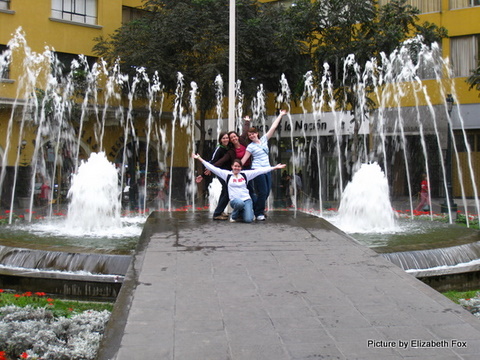 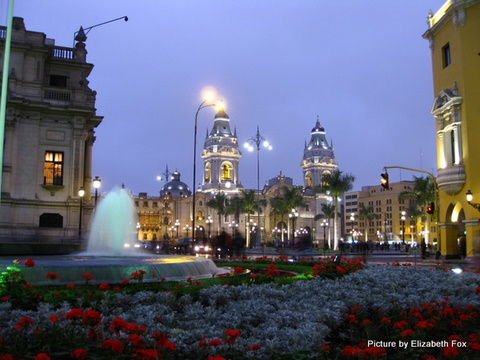 As the light was fading, the lights of downtown created a whole new look. 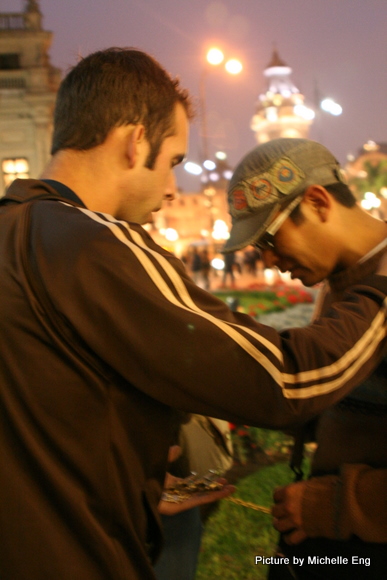 Steven and Elizabeth talked with a street vendor who had become a Christian about two years ago and was in need of some encouragement. 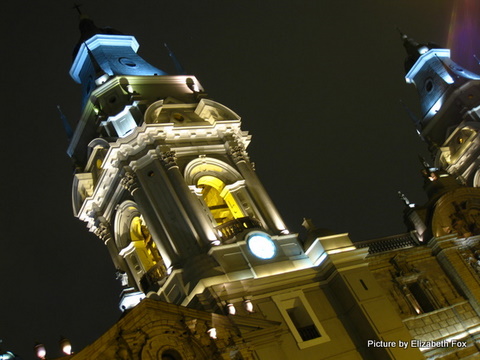 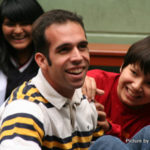 Sessions for the Teens2009 Peru 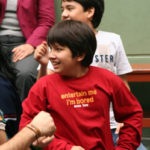